← back to
Calypso Now
Get fresh music recommendations delivered to your inbox every Friday.
We've updated our Terms of Use. You can review the changes here. 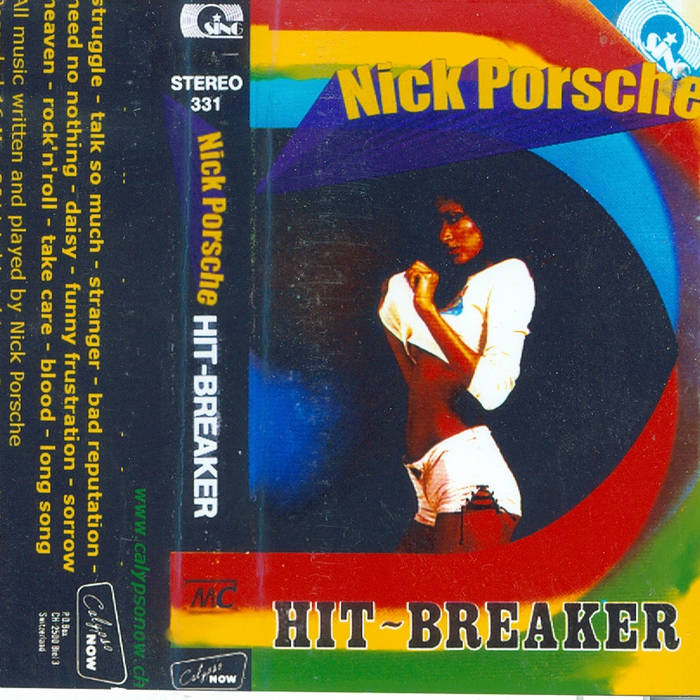 This second tape by Nick Porsche was recorded entirely live at LaBieu on 16 may 2011 by the mobile recording unit of Calypso Now. We leave the digital version uncut to allow maximum concert feeling. Listen and be surprised by Nick Porsche's live rockin' maturity, girls screamin', false starts, endless endings, the full sound of a one man band. It was a first start into a solo career with his own band. The one man band set up was just a phase - but the energy, the audience participation merits to be listened to even 10 years later.

Drummer with Puts Marie, founding member, left a very short time ago to pursue his solo career. His first releases were on Calypso Now in 2010 and 2011, then he got to big for us ;-) - since then he's been very active playing, released several singles, his new album has just come out on Cheptel Records, Geneva. ... more

Bandcamp Daily  your guide to the world of Bandcamp

Mille Petrozza stops by to talk about the new Kreator album, plus music by Trauma Bond